The properties of PVC Extrusion plastics

PVC, one of the oldest forms of commodity polymers, is today regarded as an infrastructure plastic and finds various infrastructure applications, such as pipes, d 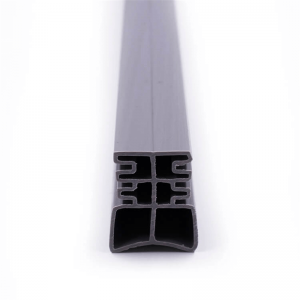 ucts, wires, cables, floorings, windows, and roofing. Furthermore, the use of PVC in other sectors such as automobiles, medical and health care, packaging, sports, and leisure is also increasing. PVC is a thermoplastic composed of 57% chlorine and 43% carbon. It is less dependent than other polymers on crude oil or natural gas, which are nonrenewable, and hence PVC can be regarded as a natural resource saving plastic.

Although PVC can be produced from various hydrocarbons including coal, the bulk of the world’s PVC is currently manufactured using ethylene, which is combined with chlorine to produce ethylene dichloride (EDC), the raw material for the manufacture of Vinyl Chloride Monomer (VCM). VCM is further polymerized to produce PVC. PVC is also produced using calcium carbide, which is widely prevalent in China.

What we can do for your PVC Plastic Extrusion Project?

H.D. Plastics is a trustworthy plastic extrusion supplier offering PVC Plastic Profile Extrusion that is widely used in bus body building and construction purposes. Manufactured in accordance with the set industry standards, the offered selection is highly durable, waterproof, and rugged in construction at affordable prices.

We have strong plastic extrusion R&D engineering to support our clients with their specific application and working environment.